I guess I’ve always been a bit of a science guy, even starting as a kid.  First memories of my scientific interests were my obsessions with dinosaurs and with meteorology in elementary school. I’ve also been a tinkerer and builder over my lifetime. Just blessed with that curse of seeing an interesting product or watching somebody do something for the first timea………and, I’m immediately thinking of 5 or more other ways to do it. So, “inventing” just comes naturally, ideas are a dime a dozen.

Tell us about the products you invented with a brief explanation:

While I’ve always had this natural flow (flaw?) of ideas, and even have built prototypes of various things over the years, I never pursued anything to market until about 20 years ago.

The Super Peel is my most successful product to date. It’s a simple mechanical creation that helps when loading pizzas into your oven and onto a baking stone. It represents a substantial improvement over the standard and ubiquitous pizza paddle, although it is mostly for home use and you won’t likely see it at your local Joint.  I’ve designed and produced a number of variations of the product over the years, but they all work on the same principle. They’re basically a handheld conveyor belt for picking up and putting back down sticky raw dough. 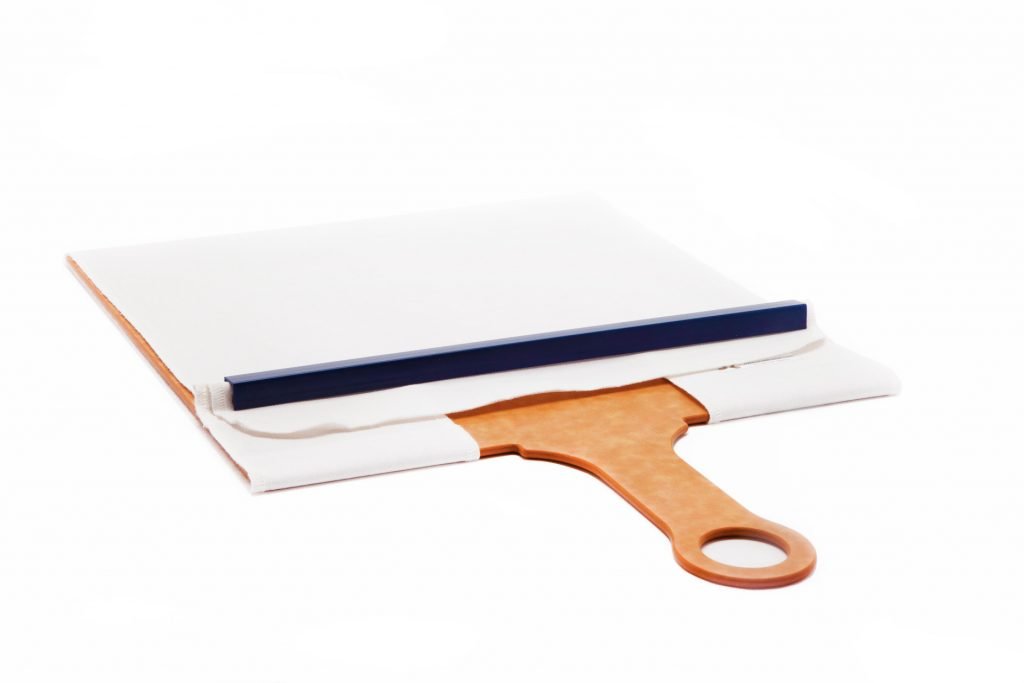 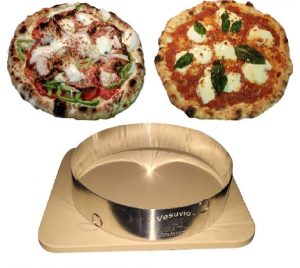 Better mousetrap type of ideas just come natural to me, and they’re something that I really can’t shut off. For a lot of idea people there probably is that one thing which actually started them moving down the road to taking an idea further. For me this began in earnest with a gift from my youngest daughter………

What actually got me started to complete the process with my first invention has to do with my daughter Jen, who was 9 at the time. She had given me a pizza baking stone, and we had made a few….let’s say less-than-successful attempts to slide our pizzas onto it. Consequently, the pizza stone was banished from the kitchen and at least temporarily retired. Some months later she called me out on this. Why wasn’t I using her gift?  Then, being full of guilt and feeling like a bad Dad, but still unwilling to work on refining my pizza sliding skills, I decided that we would reinvent the wheel. Surely, we could come up with a better way to do this! And, after several months of fooling around in our basement laboratory we came up with something that actually worked quite well. Some thorough online research back in the early internet days didn’t turn up anything like our invention, so we were off!  But to where, we didn’t have a clue.

I found help in David Pressman’s book “Patent it Yourself ” and an early online inventors’ chat group “patentcafe.com”.  Using Pressman’s book (cover to cover) and the help a local patent attorney, we had a professional patent search done and then filed for a utility patent. We had a great working relationship with our attorney, and I’ve missed Chuck dearly since he passed several years ago.  I really never had any plans of going into business with a new product. This wasn’t a field I knew or even wanted to know anything about. Licensing was of more interest.  Once our patent application was filed, I started looking for companies to license to and started cold calling.

There was early interest from several companies, so licensing seemed like a sure thing.  A few larger companies ultimately passed on it, but we ended up licensing to a smaller kitchenware distributor/manufacturer out of Portland, OR.  Unfortunately, 2 years later things were not progressing well.  Mostly, this resulted from several successive financial hits to the licensee.  Much more time would be needed to get the product out to market, and I had some doubts by that time if our “baby” would ever get off the ground if we stayed the course.  So, we parted ways.

Next, I had interest from a much larger company.  After 6 months of negotiation, etc., we arrived at a final licensing contract and terms. I remember well that this was on a Tuesday afternoon.  The final contract was to go upstairs for signoff the following day. Wow! Easy Street, Finally!……….that is until the call came late on Wednesday afternoon……the deal had been struck down, and that was just that! Done, el fin, no going back!  That moment finally I knew, if this was ever going to get done, we would have to do it ourselves.

This began another long chapter of finding contractors for parts, building a website, getting the word out on social media, selling online and eventually selling on Amazon, etc. Along the way the Super Peel piqued the interest of Cook’ s Illustrated Magazine/America’s Test Kitchen and they have now rated the Super Peel as “Best Baking Peel” on 3 separate occasions.  Brick and mortar interest has been there all along, but pricing and the significant customer education component of the product have always been challenges just a little too great.  As a result, online selling continues to be our best route to market with this product.  When running smoothly, work is almost entirely outsourced, including manufacturing of parts, assembly, packing and shipping.  I have great relationships with several great contractors. It’s not much more work than having licensed the product, mostly just coordination.  Sales numbers are lower, but the “royalty %” is much much higher!  It’s been a good ride!

You can find and buy a few variations of the Super Peel and Prop and Stop and Vesuvio on Amazon.  I am currently working on some additions to the Super Peel line to replace others lost to the pandemic, and always a bunch of other things…………