1984, I was attending community college for Mass Communications (radio, TV and film) while working at a small ad agency that specialized in retail automotive / dealership advertising. I thrived in any creative position. With no formal training, I moved up the ladder in a very short time to the position of Senior Art Director. Within a year, I opened my own design studio in Dearborn, MI, which grew over 26 years to become a thriving branding / multi-media / technology agency. 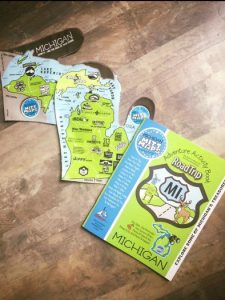 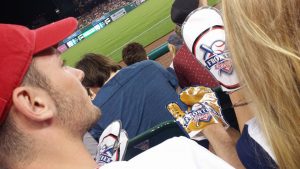 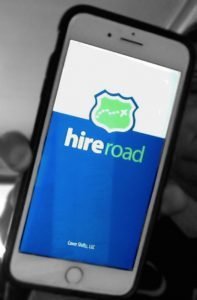 In 2009, while driving on a country road outside of Cincinnati, my car was hit from behind in a life changing car accident.  I quietly closed the doors to my business, sold the building and began to work from home at my own pace. I wrote a couple of children’s activity books for use in classrooms and while on road trips in Michigan.  The book is packaged with a pair of plastic mitts that is embellished with a map of the state of Michigan. I reached out to Meijer for a meeting and they were interested in selling my product. In order to minimize “quality control” as I was self-publishing, the mitts needed to be distributed as one piece that could be easily pulled apart avoiding errors of packaging two lefts or two rights or were missing mitts. In search of a manufacturer, Google directed me to a USA based plastics association. They were helpful in providing a couple of phone numbers. I researched Patent Attorneys, began the patenting process. Awesome! I as moving in the right direction. The patent process is slow moving, expensive and requires a lot of patience — Patent Issuance received!

In the Spring of 2012.  A friend and I ended up at a pro baseball home opener. My mitt prototypes were embellished with the map of Michigan and I had a pair in my backpack. My friend put them on her hands, threw her hands up in the air and yelled “Rooaarrrrrrr”. I was sitting at a picnic table at the top of the stadium out of view of the field. Jumping up from my seat, “the wave” was rounding the corner.  Pandoras Box — it was an “ah-ha” moment for another product I call FatHands by Smitten Sports.  With proper licensing sponsors may include sports trivia, coupons, games / activities, honor Vets, and promote the teams they sponsor (and much more).

A year later I began collaborating with University of Michigan – Dearborn creating apps as senior student capstone projects.  The first was an interactive map for use in classrooms.  In 2017, one of my apps was the sole recipient of the University of Michigan Alumni Award for “Best Innovation of 2017” which was open to all categories of technology.  It was a great feeling of validity for my vision and the level of my ability for designing UI / UX.

My next app began in 2018.  At the time there was a lot of chatter on LinkedIn about algorithms and robotic code preventing Job Seekers from reaching the application.  Recruiters were spending an enormous amount of money with familiar job search platforms who were eliminating those who were qualified because of the wording or placement of words in their resume.  Independent workers were complaining about their pay.  I got to work on my next app called Cover Shiftz (which is now the name of the business); an app that allowed businesses to hire independent workers for a few hours at a time.  The process to create a profile and apply takes less than 5 minutes.

During the pandemic, about 60 days in the app stores, Apple and Google made earning through an app nearly impossible.  We stopped development again to pivot again and invested more time and money into completely overhauling the app to avoid conflicts with the app stores 30% revenue share for in-app transactions.

HireRoad by Cover Shiftz, LLC is Patent Pending and will relaunch by March 1, 2021. Job Seekers are stealth until they apply for a job, so your coworkers and boss can’t stumble across your profile as they can using other platforms.  We excluded algorithms and robotic code.  Simply update a previous resume and get to the application — easy and free.  Recruiters and HR love the simplicity of HireRoad.us and the control they have promoting job openings, and attracting people from specific areas in various states to send them directly to the job application on their own website or job portal. HireRoad is self funded, we don’t have to answer to shareholders and that means using the HireRoad.us to post openings is substantially less than other platforms.  HireRoad (the app) by Cover Shiftz, LLC is available on Google Play and the App Store.

FatHands by Smitten Sports are hand coverings (like PPE) for fans at the stadium — high fiving while helping to prevent contamination).  They are also for use around town and are reusable and recyclable.  Use FatHands at the grocery store and at the gas pump.

HireRoad by Cover Shiftz is relaunching around March 1, 2021, with brand new features that will thrill Job Seekers and Recruiters.