I have over 45 years’ experience as an entrepreneur inventor and concept promoter. I am a Professional inventor, having been granted more than 50 US patents with additional patents currently pending. I am a Professional promoter who has worked on various ventures with celebrities such as Frank and Tina Sinatra, Muhammad Ali, Kristy McNichol and others. Inventions based on my patents have grossed more than $250,000,000 million dollars in total revenue

I invented such items as Press-On Memo, the Battery operated water guns for Larami toys, Coleco, LJN, Blue Box, Tyco and others. I also invented the Storm pressurized soaker water guns for Trendmaster, Shout N’ Shoot for Cap Toys, Fisher-Price Bubbles sprinkler, Cap toys candy bubbles, spinning Lolli pops, the first digital video chip player and Photo Wallet for Nikon Camera. I have other technology based products under development such as the First Down Laser Line, X-Ray Ball tracker, Knee down indicator, Line up line, AR Yellow graphic Line viewer in the stadium, for players and fans to see what we now see on TV, all to be utilized in football games to decrease injuries, improve accuracy and enhance the overall fan experience. Point and call to allow user instantaneous mobile phone communication without the use of servers, to mention just a few.

I was the inventor / creator in 1972 of Press On Memo and in 1980 of the hugely successfully battery operated water guns for such Toy Companies as Mattel, Playtime Tyco, LJN, Entertech, Buddy L, Larami and Blue Box Toys.

I am the Inventor of the Digital Video Chip technology, I have been for over 35 years a successful known inventor, patent holder and licensor for companies such as Kodak, Nikon USA, Mattel, Fisher-Price, Tyco, Blue Box Toys, Empire of Carolina, Trendmasters, Cap Toys, Larami/Hasbro, Imperial Toy, Toy Quest/Manley toys and Jakks Pacific.

My first inventions in 1973 were the RASCO Temperature Monitoring system for hospitals, blood banks and supermarkets worldwide, Press On Memo pads, the battery operated water guns Uzi, M-16 etc. the air pressurized Super Soaker like water guns to the very first Photo Wallet digital images frames and players, before JPEG was known to the world for VideoChip Technologies, Kodak and Nikon in 1999.

I have been working on viewing digital content on an Integrated Circuit chip for over 20 years where I demonstrated to Hasbro Toys a Snoopy cartoon moving on an IC chip (First time ever) .

I am a known inventor in both the Toy and Electronics industries. I invented and patented the first ever battery operated water guns for Entertech LJN, Coleco, Playtime, Larami, Tyco, Mattel and Blue Box toys in 1985.

I invented and patented (1994) Shout N’ Shoot and (1996) Robo Blaster water shooters for Cap Toys of Ohio. I invented and Patented (1998) Silly Willy a Bubbles and Water Sprinkler toy for Fisher-Price.

I invented the first ever (1999) portable digital Photo Wallet for Nikon Camera.

I invented and patented (2002) a First Down Laser line marking system for the NFL, (Partners with the legendary Fox Sports caster Pat Summerall) NCAA, CFL and Arena Football leagues.

I invented (2006) a Trigger mechanism for a pressurized color stream water gun for ToyQuest Manley Toys.

I invented and patented (2007) a CartoonChip, VideoChip and GameChip (any digital content solid state) read only content ROM that can be played in any digital camera or Cell phone, or any host electronic device.

Curiosity and desire to fill the needs I couldn’t find existed in the world yet.

Naturally I just did it. I had this ability to get things done. 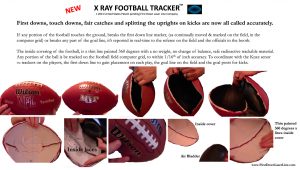 I didn’t have google, computers or cell phones to help me, I just had magazines, newspapers and books from the Library.