I am a person who is passionate about culture and surround myself with it in every way. My family has a long history of explorers and entrepreneurs like myself, such as, Enrico Alberto d’Albertis and my mentor, and grandfather, Carlos Edward Lishner who was the first importer of Japanese cars to the Americas. It was my grandfather that I can thank for the discipline he instilled in me and his constant example that hard work is every day; training to last a lifetime that allows me to be where I am now.

I was raised in Lima, Peru and attended the Liceo Naval Almirante Guise, then a full-time military-navy boarding school, since the age of six. Any home visits or summer breaks I would work with my Grandfather or Uncle, take a boat out and dive for fresh seafood for dinner and studied literature and music.

I became an entrepreneur because it was just the natural growing process of my life. Confidence and self-discipline to understand my mistakes along the way taught me how to improve and build stronger and more efficient businesses.

At the age of fifteen I started working for Xerox in the mail office. After one year, I was promoted to the administration department and financial collector. It was a very important experience being able to be part of the beginning of a revolutionary turn in technology. I remember sitting listening to Steve Jobs and Bill Gates, at the beginning of their careers, giving seminars about their technologies and advancements; the daily work, meetings, and seminars all became a part of me to develop my own software and applications later in life.

After acquiring a personal level of business skills, I left Xerox and formed my first two successful business. Using a cultural aspect with living in Peru, I opened a factory of Alpaca wool scarves. The company was prosperous though I closed it after a few years due to lack of proper management during my absence while studying law and political science in the University of San Marcos. I had also studied Italian cooking, being an Italian myself, and opened a private school that not only taught those who joined to cook but was accompanied with product knowledge, culture, and live music. This also came to an end when I left to stay in the Andes communities to learn about their culture and practice law at the end of my University courses.

A journey to the United States, New Jersey, was the next step. I was for only one day, a dishwasher in an Italian restaurant; the other employees called the owner and told him the new person is very peculiar due to my dress, knowledge and preference of food and drink, and he was requested to come and speak with me. When he did, he understood there was nothing wrong other than I wasn’t in the right position, so he put me to work as second chef in his restaurant and became a very close friend. 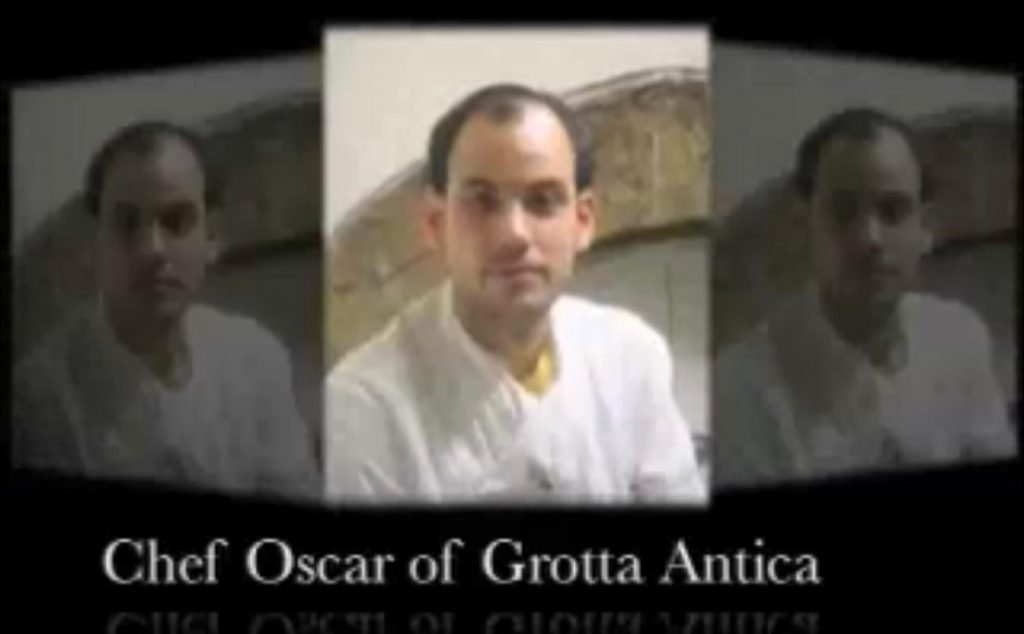 Some years passed and I set out and moved to Assisi, Italy. I became a bellhop and assistant for two hotels and a restaurant. After studying the business, I purchased all three and became owner myself for the next ten years. Near the end of this venture in Italy I was asked to make a cooking program called “Cooking with Chef Oscar” that was recorded in Orlando, Florida.

After selling my business in Italy I relocated to Cordoba, Argentina where I decided again to open a cooking school. Due to medical reasons, I had stopped everything; then, after getting well again I put away the cooking and dove into my other passion for cars. Bellina Classic Motors, that is still existent today, was first opened as an automotive parts producer and preparing rally race cars. A complete special edition, Abarth, was created for Mr. Hagerty that he currently still holds in his collection. Over the years the company had changed to a classic car collection since leaving Argentina to return to Europe. Classic cars that fall into the Bellina Classic Motors Collection are highly recognised throughout the classic circuit; you will find everything in perfect working condition when buying one of its pieces. 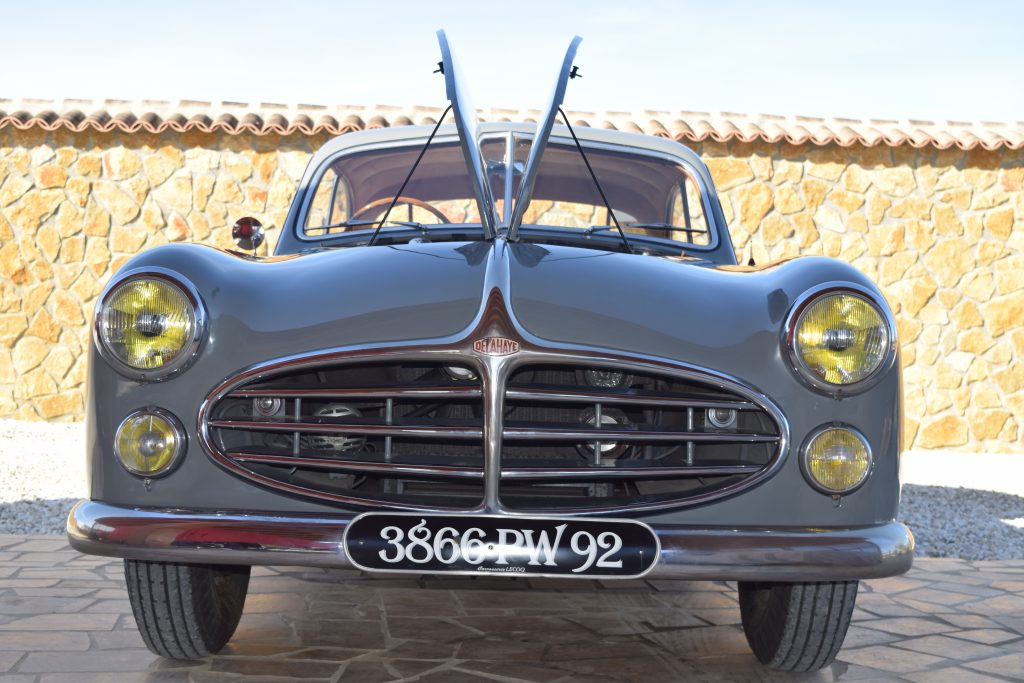 Having a strong base in the classic car market, I opened Bellina Moda as another business outlet. Using the family line of Vitale Barberis Canonico textiles I began to prepare tailor-made men’s suits with high sales in North America. Currently we are located in Southern Spain. 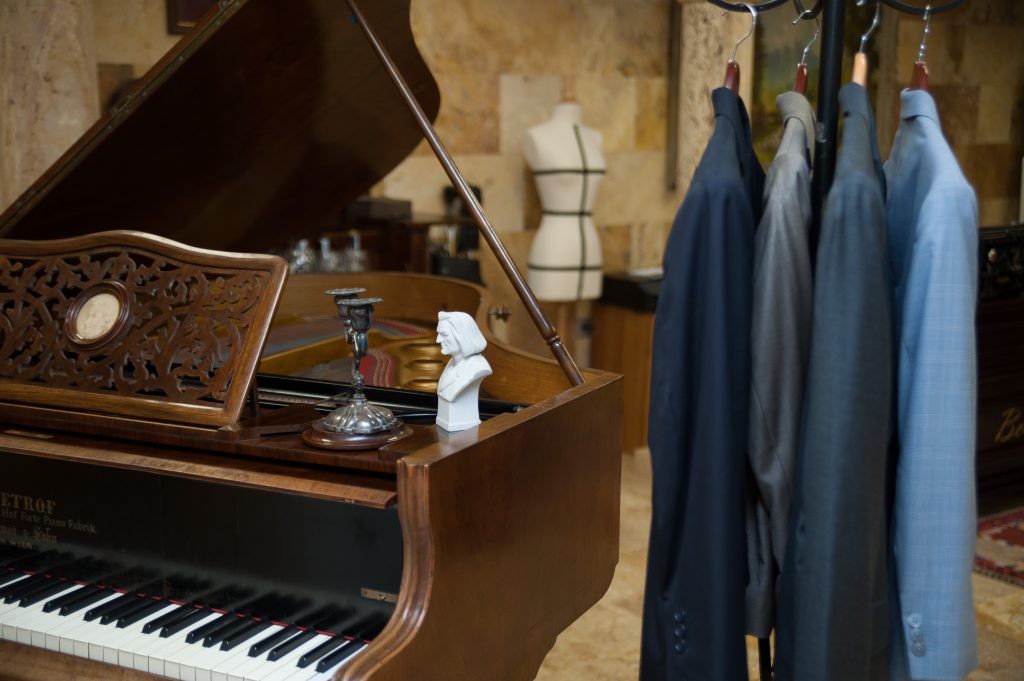 With a liking to the Southern region of Spain I began to develop the area with many different positive community and environmental industries. Large lands were purchased and planted with Centenary Olive trees that are naturally and organically grown which produce a high-end Extra Virgin Olive Oil rich in polyphenol. 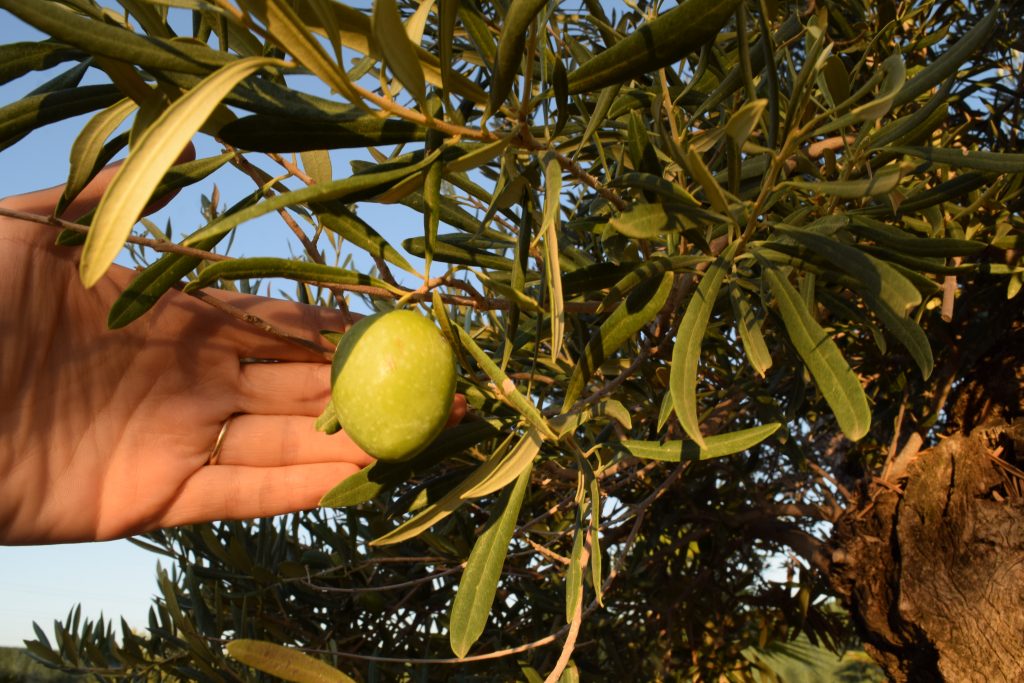 I created a company of Tropical wood furniture, Uniqum-Progetto Singolare by OB, an elegant line of unique pieces designed around rare car engines and car seats. 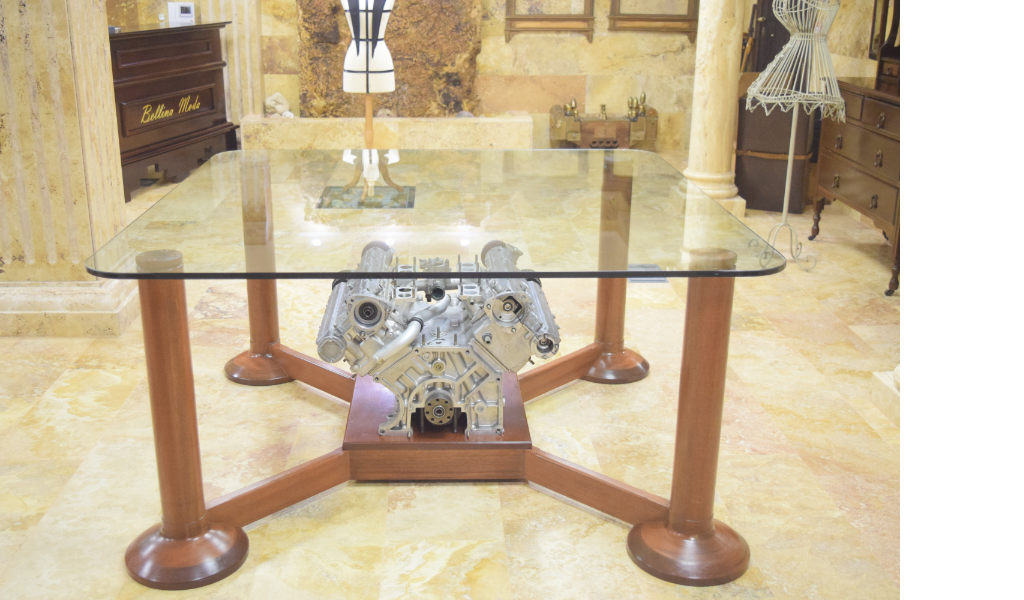 Special classical music festivals, both public and private, were held and donated by me for three years until the COVID-19 crisis to help give cultural growth to the community and a selected charity. 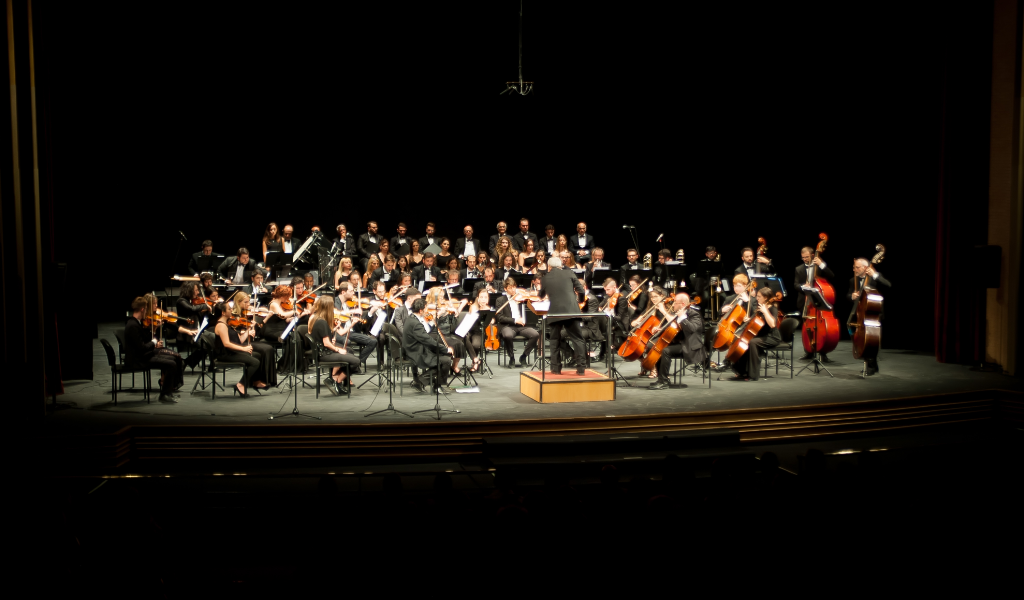 The newest Spanish project is a mountain and valley that holds three natural, licensed, spring water sources. The land will be used to not just bottle the excellent drinking water but, to create a natural system of energy to the village just next that rests without power, and to plant specialised trees to absorb CO2 emissions from factories creating another help to our planet and community. 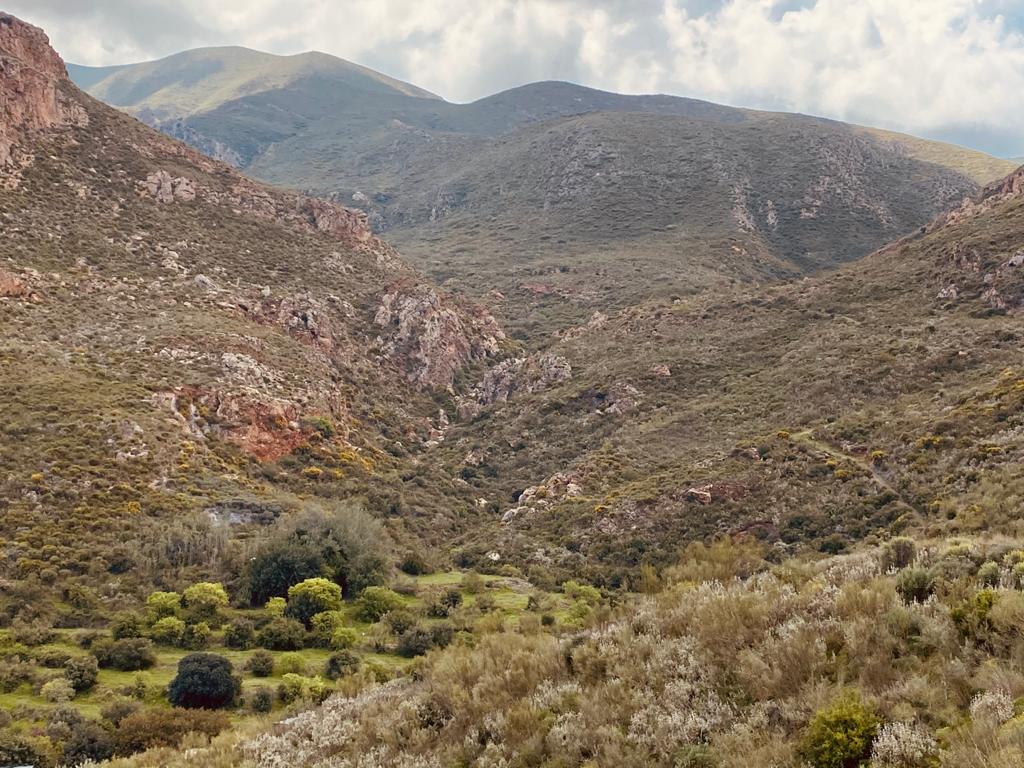 Over the last two years, I have come back to technology and began developing Blockchain applications and systems to improve security and functionality of the daily life. Working in partnership with IBM, soon the world will be introduced to these positive works.

During this COVID-19 episode, it has been the busiest time for me. Contemporary with the high technology industry I have been working on a cosmetic line with my wife, Nicolle Bellina Lishner, especially designed for hard working people called “Heavy Duty Cosmetics Ltd.”; it is a specially formulated exfoliating soap using natural and organic ingredients to remove difficult substances from the hands while repairing and replenishing the skin at the same time. The formulation leaves the natural skin oils in place and adds vitamins and minerals to replenish the skin, rejuvenating it rather than causing damage like normal removals and soap detergents. Partnered with our hydrating hand cream, it gives and an added degree of skin health and repair bringing you back to your natural hydration levels.

The second part of Heavy Duty Cosmetics is the revolutionary invention of a natural and safe tattoo removal system “Tattoo Out”. Its process is by excretion, so the harmful tattoo inks never enter further inside, avoiding internal damages and side effects to other parts of the body. This process entirely removes all inks present and is formulated to avoid/ drastically reduce scarring of any skin type or color. All products will be launched in Sardinia, Italy at the Poltu Quatu Classic event in July 2021.

Mining is also my other main focus at this moment in time. I’m working with Rio Tinto to change the system and adapt it to the worlds new laws, improve it’s effects on the environment, and to give back to the surrounding communities and country with new possibilities, improving or changing their current activities along with creating new ones. Mining is, and will always be, an import part of the human history and its development. My role is to establish between the mining companies and the people agreements and improvements for all including the nature.