I’m a Los Angeles-based toy photographer.  My background and degree is in illustration, but I’ve worked as a product designer/developer in the consumer products industry most of my career.  I’ve designed and developed high end collectible products (primarily figures and statues) for Disney, Warner Bros, Sony Pictures, Lucasfilm and Cirque Du Soleil, to name a few.  I also have considerable licensing experience, having led the collectibles licensing team at Disney as well as well as designing my own product lines and then licensing them to various companies. 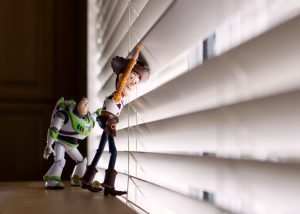 As a toy photographer I create and craft stories through toy photography – capturing the illusion of motion and emotion where none exists. I am committed to providing an unparalleled experience for my clients while creating images that build brand awareness in a fun, engaging manner.  My toy photography clients include Disney, Marvel, Warner Bros, Sony Pictures Funimation, Hasbro, Mattel, Moose Toys, The Toy Association and more. 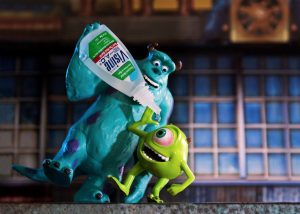 In 2006 I lost someone very close to me, as well as had the highest paying but worst job of my life.  Those two things really impressed upon me how short life is, and that you can’t make career choices based solely on money.  It was a major juncture in my life, one where I decided to pursue a career that I cared deeply about, and try to get back on the path I thought I’d be on out of art school – a path of creativity. I picked up a DSLR for the first time in 2006.  I dabbled in corporate photography, headshot photography and lifestyle photography.  I photographed my first wedding in 2009, for my friend’s widowed Mom.  Like most people I didn’t set out to be a wedding photographer, but once I saw what was being done in contemporary wedding photography I dove in head first and photographed hundreds of weddings over the next 6 years. That experience helped build a solid foundation for what was to come later with toy photography.  In 2015 my daughter was just entering high school and I realized that I had a very finite number of years left with her before she moved away to college (which she did in 2019).  Weddings are weekend killers so I decided then and there that 2015 would be my last year photographing weddings.  Serendipitously, I discovered toy photography at almost the exact same time that I was shooting my last wedding.  I like to say that in 2015 I went from shooting Bridezilla to shooting Godzilla.  Although I never really encountered a single Bridezilla during all my time as a wedding photographer.  But Momzillas…that’s a different story! 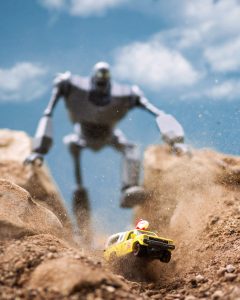