I grew up in New York and spent most of my life there. My father is an engineer and my mother is an accountant. I spent many weekends helping my dad fix things around the house. I always had a dream of being an entrepreneur and always had a passion for business. I had a passion for playing video games and would always gravitate toward the business simulation games. When it was time for me to pick a major in college, I picked Finance. It was extremely difficult to find an internship because I was in college during the 2008 financial crisis. I worked at the helpdesk in my school and my brother was helping me learn how to code, so that I could pursue a dream of building a video game empire. So, I decided to add Computer Information Systems as a second major since I would have some job experience when it came time to enter the working world. I was searching for a job that would allow me to apply both skillsets I had, and I came across technology consulting as a potential field. I got a job as a consultant for a boutique consulting firm. I received an offer from a Big 4 consulting firm a few years later, and then started my own company a few years after that. I knew that if I was to survive against the big guys, I would need something to differentiate my value proposition from that of my competitors.

I invented a technology platform called Accelerate Technology ™ which allows businesses to eliminate the pain points they face with their enterprise technology systems. The technology is threefold. First, it automates your documentation by building a full inventory of all the components of your software. Secondly, it automates the testing of the components of your software, so you have peace of mind that it is working properly without having to invest countless hours into testing it by hand every month. Lastly, it analyses the configuration you have and provides insights and recommendations on improvement opportunities. For example, say you want to change a component within your system. You can type in that component name into the search engine and it will tell you all of the dependencies that component has and what other components are dependent on this one. This allows you to ensure that fixing one aspect of the system won’t break several others. 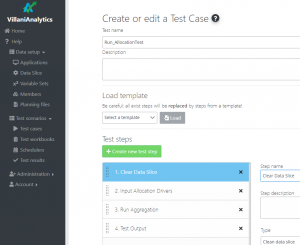 I always had a passion for learning and figuring out how things worked. Once I knew how it worked, I would try to figure out if there was a better way for it to work. I think having a father with an engineering background really helped. He would always be tinkering with things around the house and I really got to learn a lot. I learned to ask questions and never accept things for how they are. Every time I was faced with a challenge at work, I would look for ways to simplify and streamline the process. It’s the simple questions that have the biggest impact. Many people think that inventing is all about creating something from scratch that has never been done before, while some of the best inventions were when someone took a broken item or process and just made it more practical. When I worked at the helpdesk, it used to take an entire day to upgrade the laptops of the employees. I asked why it took so long. I learned that there were two main steps to the process, imaging the laptop and copying the data over. I then looked at how much time each step took. Imagine the laptop took about 4 hours. The image we placed on the laptop depended on the department the laptop was going to. Copying the data would take anywhere from 30 minutes to 3 hours depending on how much data the employee had. I then asked “if we know which department purchased the laptop, why don’t we image it with that department’s image so that when a request comes, all we have to do is copy the data?” So, that’s what we did, and the amount of time needed to upgrade laptops went from an entire day to an hour or two. That improvement came from just asking why a bunch of times. While this hardly seems like an invention, this was the same process that led me to my invention.

I spent over 10 years helping companies improve their technology to meet their business needs.

Idea: One day, I asked myself why we would tell our clients to use technology to automate everything they could, while we would manually perform the same repetitive task at every client we had. I soon learned that the typical consulting model was broken because when you bill clients by the hour, there is no incentive for you to do things as fast as possible. I decided I would build my own company where we weren’t focused on billable hours; we would be focused on delivering the most value for our customers. Getting the idea for the technology was easy. I saw a broken system and knew that there had to be a way to make it better. I made a list of all the routine tasks I performed. One of the first things I looked at was documentation. All I did was look in the system and write down what I saw. Why does a person have to spend time looking at a computer screen and writing everything down? I broke the process down into simple steps to complete the documentation process. I saw that if I could take a process and break it down into logical steps then there is nothing stopping a computer program from replacing this whole process.

Financing: I had a programming background from when I wanted to build my video game empire in college. I knew that if I went to a developer and described my idea it would be really expensive. However, if I built the software myself and hired a developer to make it more efficient, it would be significantly cheaper since I did the hard part. Over the next several months, I would spend nights and weekends developing a proof of concept to be used as the basis of developing the software.

When it came to financing the business, my goal was to avoid as many early financing rounds as possible. I knew I didn’t have the money to self-fund the business completely, so I decided to start my own consulting firm and use that business to fund my software business. I started out by subcontracting for other consulting companies that needed an extra person on their team. Part of my rate would go toward living expenses while the other part went to hiring a developer to turn my PoC into an enterprise-grade platform.

Patent: I knew that patents were very expensive if you go through a conventional law firm, so I decided to find a freelance attorney on a freelance lawyer website so that my money would go much further. I ended up finding someone with over 10 years of patent experience for a small fraction of what I would pay a law firm.

Software Developer: I also knew that developers would be expensive, so I looked to several online freelance platforms to hire developers for my software. I hired one team to build out the main software platform, while several other developers were hired to perform research and development on future products.

I always invested in improving my skills. I committed to reading books whenever I was traveling for work in order to make my time on planes and trains more productive. I did a lot of basic searching on the internet to gather more information. I took many online courses through platforms such as Udemy and Coursera. I had to be creative in the beginning and get the most out of my money so I found freelance developers and attorneys to help me build out my idea and apply for the patent.