I was born in raised in Dallas, graduated from Lake Highlands (Win State!) and graduated from SMU back when they had the best football team money could buy.

Instead of socializing and having a family, I became a career man. It was not my plan. I always wanted to be an inventor, from as far back as I can remember. However, I got into bad habits and was a mess until I finally sobered up in 1995 at 36 years old.

I bounced around in some jobs in early sobriety but was unsure of what I really wanted to do. I ended up starting a services business in 2000. We would run errands, do minor repairs, walk dogs. Our first year, we did $675,000 mainly from putting funny fliers on people’s doors. Well, that morphed into a remodeling business where we had a customer in a historic home. The wood around the exterior was rotting so we were doing some repairs outdoors but were astonished there were no mosquitoes. Turns out, this man had paid someone to travel 300 miles to install a misting system for him!

“He said, “Steve, you should go into that business! Nobody is doing it in Dallas!” So, in 2001, we became the first company from Dallas to install mosquito misting systems.

We invented our first product and filed for a patent by 2002. The problem with misting systems is that they are expensive and spray toxic chemicals. So, we invented the first portable mosquito mister. Our patent was granted in 2004 and we got a $4 million investment in 2006.

I had much to learn as these guys bought control and so they ignored my specifications and built a machine that did not work and was poorly made. I split from the company but came back to them to see if they would fund research on some natural products, I discovered that actually worked better than chemicals. They told me, “We don’t believe green pesticides are the future of the industry!” Because of that I was able to get a release from my non-compete. So, in 2008, I devoted my life and career to natural mosquito repellents that not only get rid of mosquitoes but that do not harm pollinators!

Several things have inspired me to continue to develop products but they all boil down to the lack of honesty and integrity in the pest control industry. The chemical companies all say their products are safe. They lie about how effective they are because most of them really don’t know! The EPA, it turns out, is there to protect big chemical and many of the state agriculture departments are there to protect pest control outfits! All of them maintain that natural products and repellents don’t work! 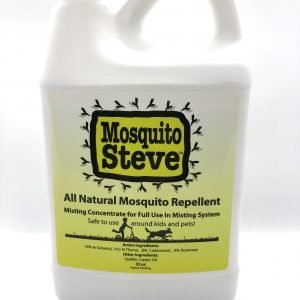 Products I have invented include:

What sets me apart is my dedication and persistence. I have faced near homelessness several times and been very sick from testing my products. The lab testing most companies rely on is not accurate because: 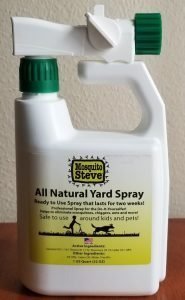 I wish there had been books and mentors I could have leaned on. My research was simply experience. To be honest, faith is what kept me going, learning and evolving. Every time my back was against the wall, I prayed. I let God know that I am willing to do whatever he wants but I need a sign. He never failed to show me a sign. I avoided homelessness and other catastrophes simply by His grace. The same reason I have now been clean and sober for over 25 years.