As a child, I was fascinated by Electronics where I used to take appliances apart. I was equally fascinated when re-assembling to have few spare parts left behind…So I took them apart again and reassembled them until no spare parts were left.

I am a Computer Engineer (BSCE from the Israeli Institute of Technology, Technion, Haifa Israel) who specialized in Process Control systems.  Thousands of my controllers are embedded in Plasma/Diamond-jet coating systems used by Boeing, GE, GM, Boeing, Prat & Whitney, Garret Toyota, and more. 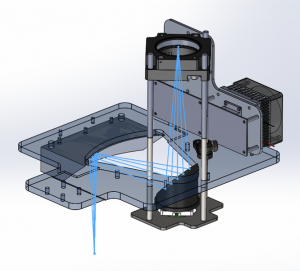 The statement: “When people say, No, something is not possible, the envelope has already been pushed”, makes me want to push it further and prove that anything is possible.”

Back in the day my Boss who holds a Master and BSEE in Electrical Engineering from MIT explained to me that the Bitbus (an intel communication board) maximum speed is limited,  therefore we need to work around it. I insisted on looking into it.  After a week of work, I hacked the code and was able to deliver a 5X the original speed. Eliminating the work around the “problem” and making my boss very happy.  To his credit, he gave me the time to explore it.

I believe that problems need to be properly defined. I also believe that 99% of the issues are solved as soon as you have a clear definition of the problem. From here the rest is binary. Is there a feasible solution?  if there is then the rest is easy.

I guess you can say it has always been a passion of mine.  I don’t believe in being satisfied with putting a Band Aid or mitigating a problem when if you understand the math and physics behind it, the solution is clear.

A good example is the SLS/SLM printhead solution for the 3D printing market. The 3D industry is putting Band Aid on an old technology without addressing the cause.

In the year 2013, I was contacted to develop a product to be used in a wet environment and needed an enclosure for it.  We could not find an off the shelf enclosure, so I decided to print one. We purchased our first Cubex printer from 3DSystem.  It took hours to level and calibrate and after some gaggling, we printed a sound enclosure.  I was fascinated by the ability to manufacture on demand.  We made a decision that we are going to step into the market and make high-quality printers in the field of Selective Laser Sintering which can cost over a million dollars a printer.  More importantly, making it affordable to the small business as well.

As an Affiliate we may earn from qualifying purchases.